After 16 years in their New Jersey home, Stuart Brown and Nancy Zimmerman were debating moving. They decided to stay put.

“Even though we’re almost empty nesters, we’re not downsizers,” says Stuart, who loves his home’s spaciousness.

“We’ve got a large kitchen and our bedrooms are a nice size,” says Stuart, “And our backyard is a garden oasis.”

Stuart’s 23-year-old daughter lives at home while his son is away at college. The synagogue director also has two small rescue dogs.

“This house has the best layout I’ve ever lived in,” says Stuart, “but when our kids move out, we plan on making a few style changes.”

We looked into every HVAC replacement alternative. Sealed seemed like the most forward-thinking option. 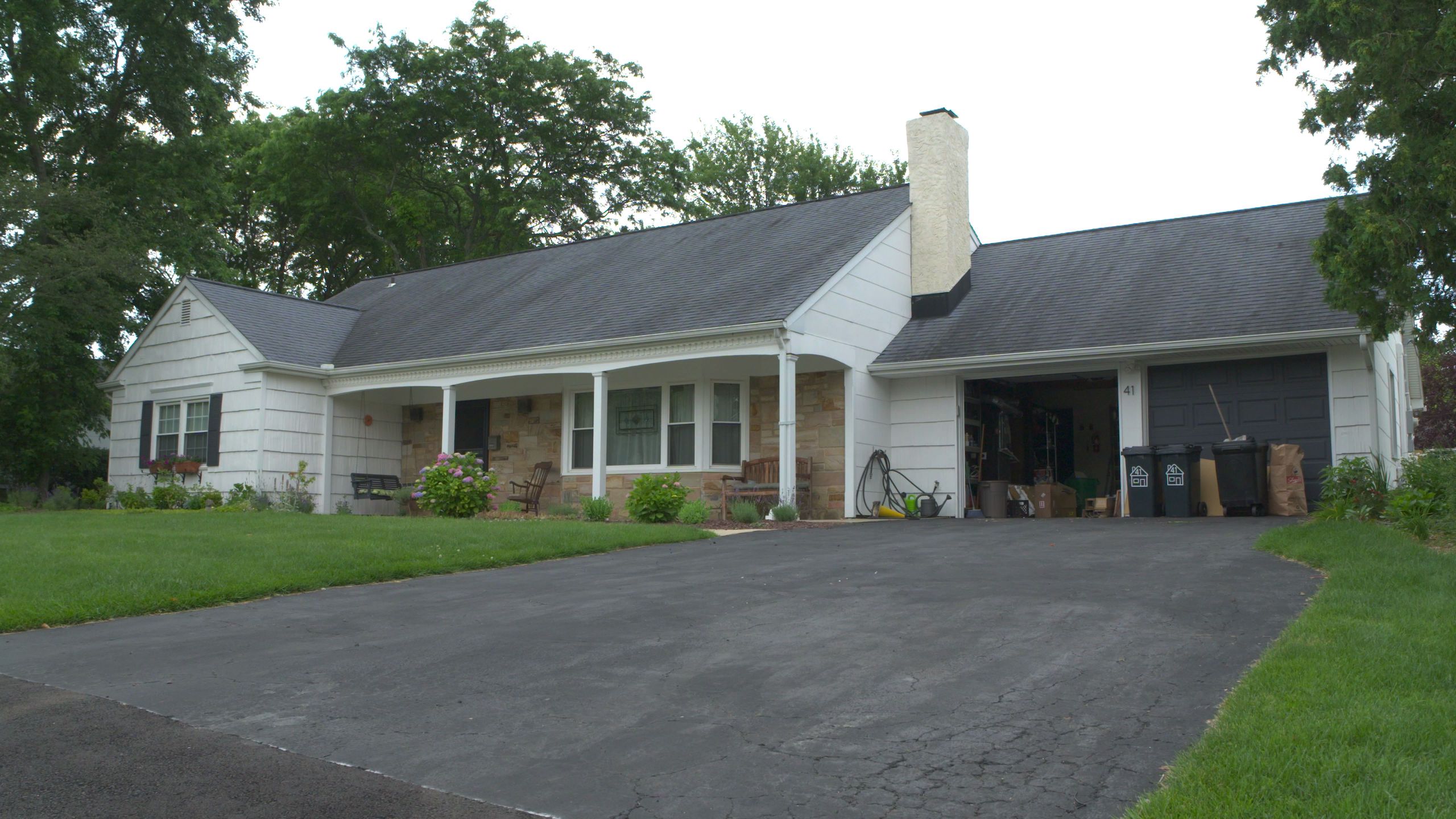 However, the Browns’ Levitt-style home comes with a few quirks.

“Levitt houses were built with all radiant heat in the floors and baseboards. Over the years, those things kind of burn out,” says Stuart.

Their biggest issue has been the central A/C and furnace system, “It’s on its last leg,” says Stuart. 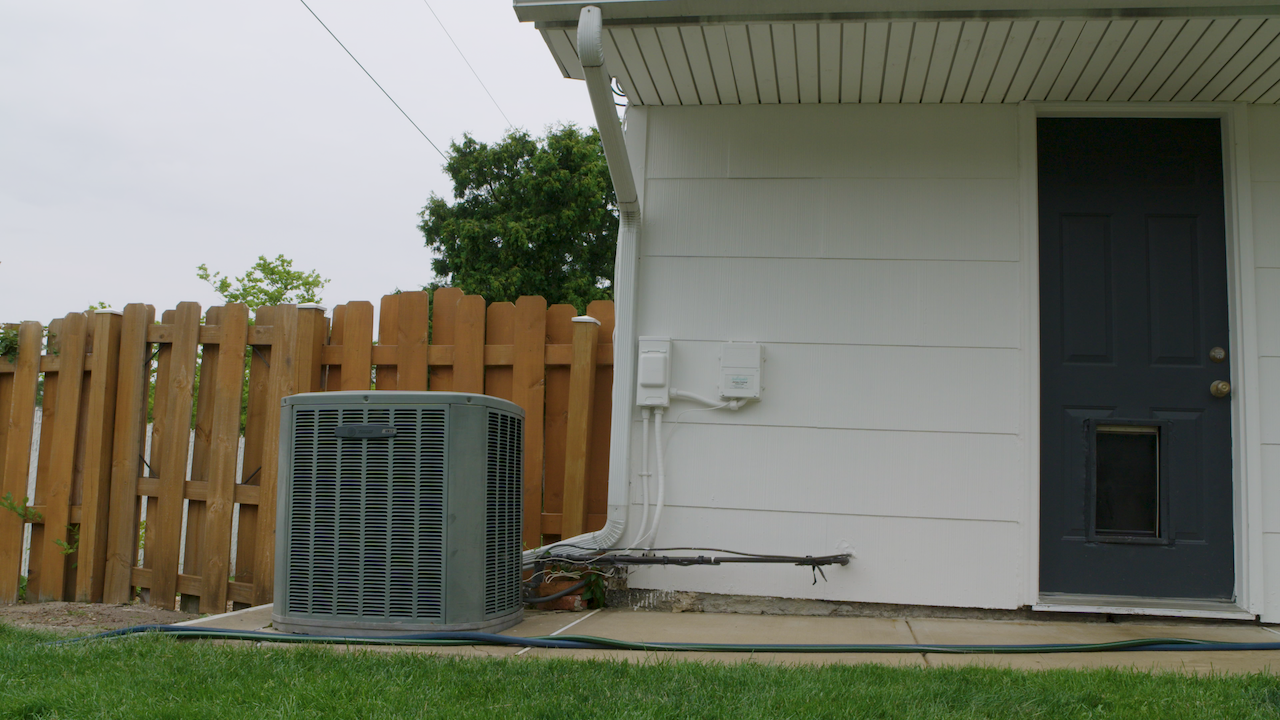 “In the summer, my daughter’s room will be way too hot while my wife is too cold in our office,” says Stuart, whose old HVAC causes uneven heating and cooling around the house.

The A/C and furnace problems forced Stuart and his family to use extra fans and space heaters to stay comfortable, “We tend to be energy conscious, so it’s not ideal,” says Stuart.

“The last few times an HVAC company came by, they told us there wasn’t much else they could do,” Stuart says.

Stuart realized he needed a whole new HVAC system, but wanted the most energy-efficient one he could find.

“I learned that heat pumps can warm a house in temperatures down to negative 20 or 30 degrees without using fossil fuels. And in the summer, they work the other way in terms of cooling a house, which is way more efficient than my old HVAC system,” says Stuart.

We didn't even know that it was possible to have a combined heating and cooling system, and this accomplishes that. 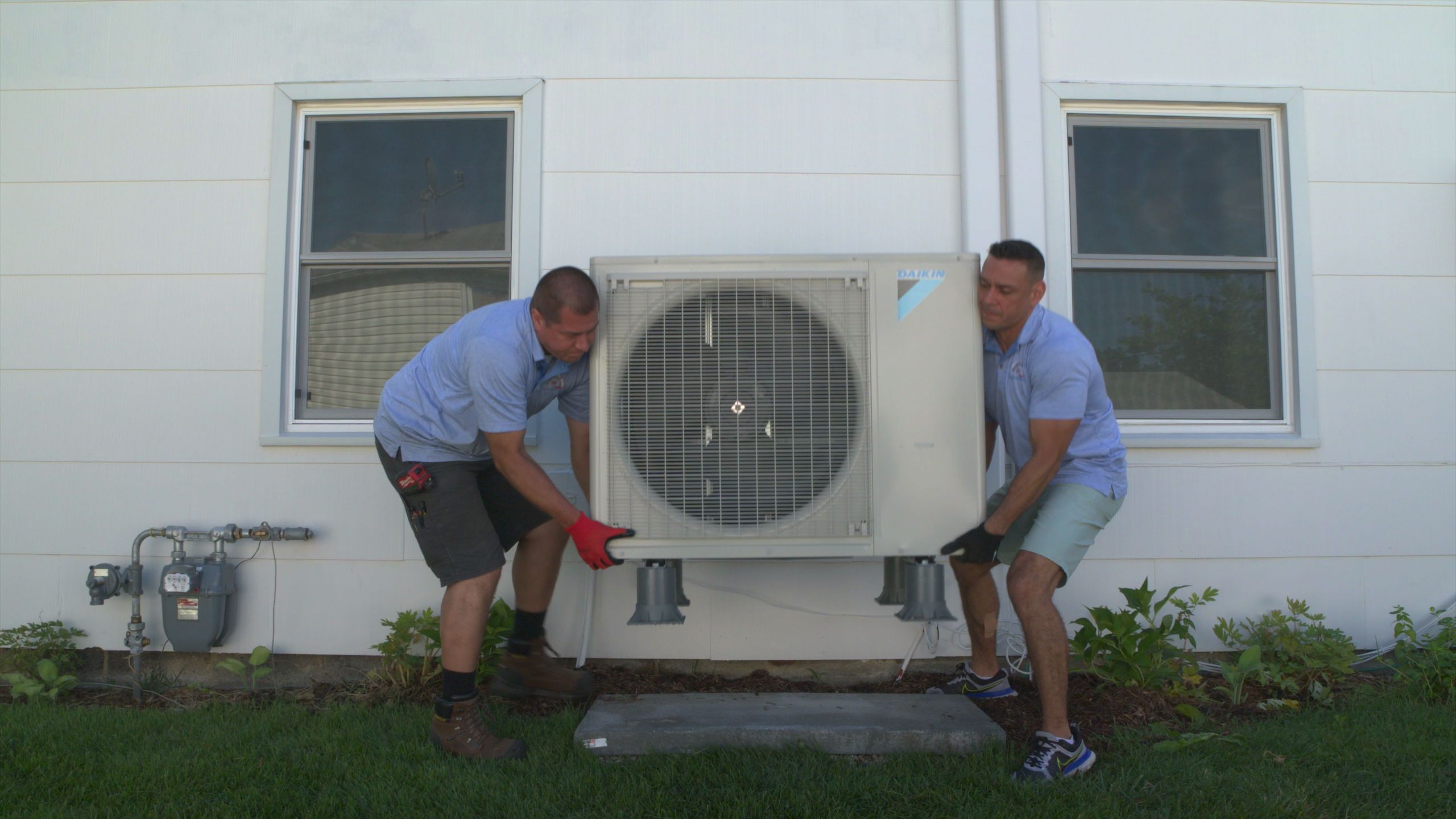 The two-day install began with an evacuation pressure test to make sure there were no leaks in the lines before tearing out the old gas-fired furnace and central air conditioning system.

Before testing for air leaks, cellulose was added to the cathedral slopes, the attic peak upstairs, parts of the garage, and the knee wall in the attic.

With the mini-split system, the air comes directly from outside into each room, bringing in fresher, cleaner air. In addition, each room has a wall-mounted remote control where the temperature can be adjusted as needed. 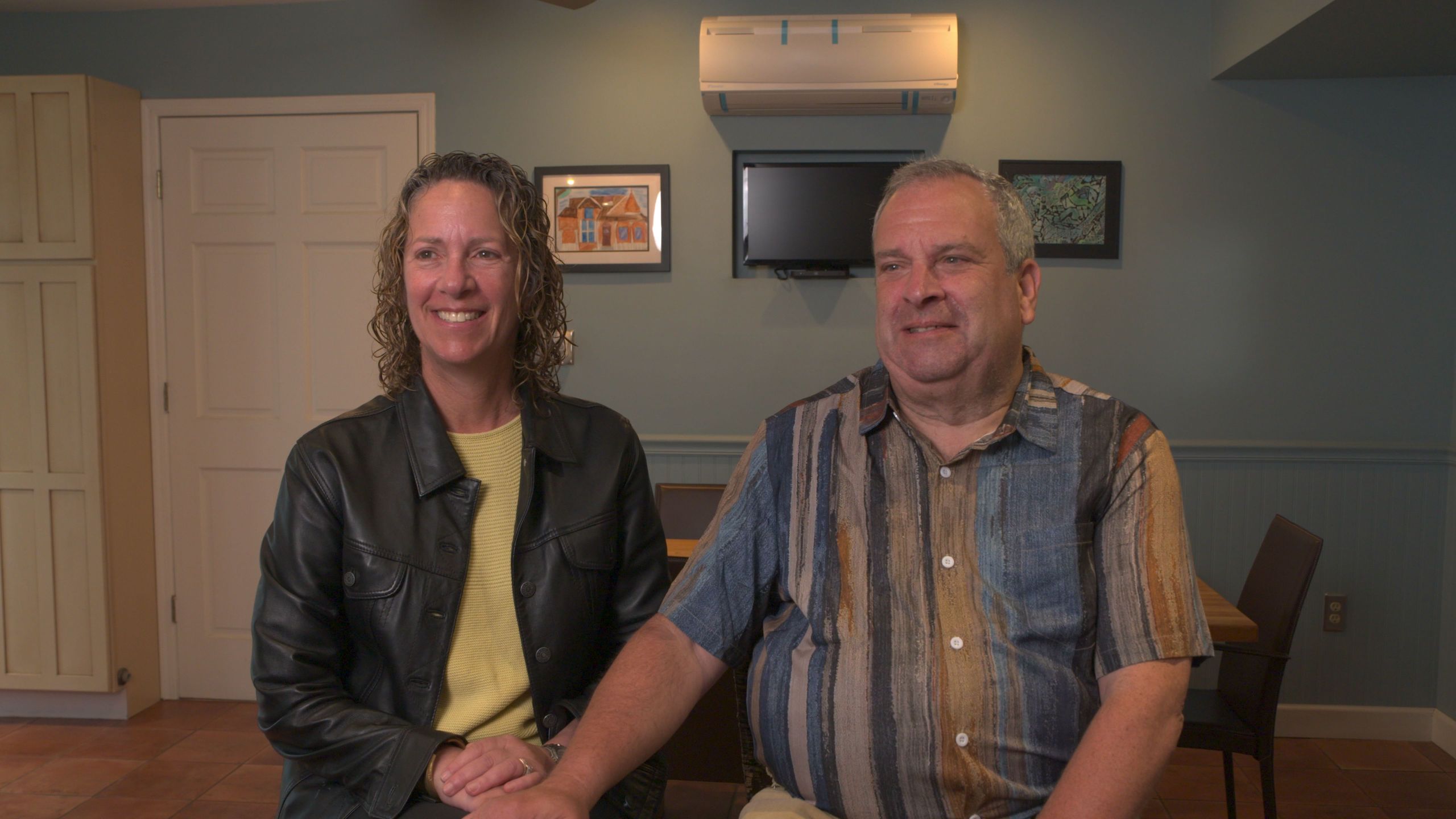 Stuart and his family quickly noticed benefits from their heat pump upgrade.

“We all have a little more control now that we can personalize temperatures in the house,” says Stuart, “Our daughter used to have like three fans going, so she’s very happy.”

And there were even unexpected perks to Sealed’s whisper-quiet mini-splits.

“Usually, when I work in my garden, I notice noise from the air conditioning. The new heat pumps are so quiet they make my garden even more of a zen place,” says Stuart.

We are environmentalists, so Sealed really fits our ideals. 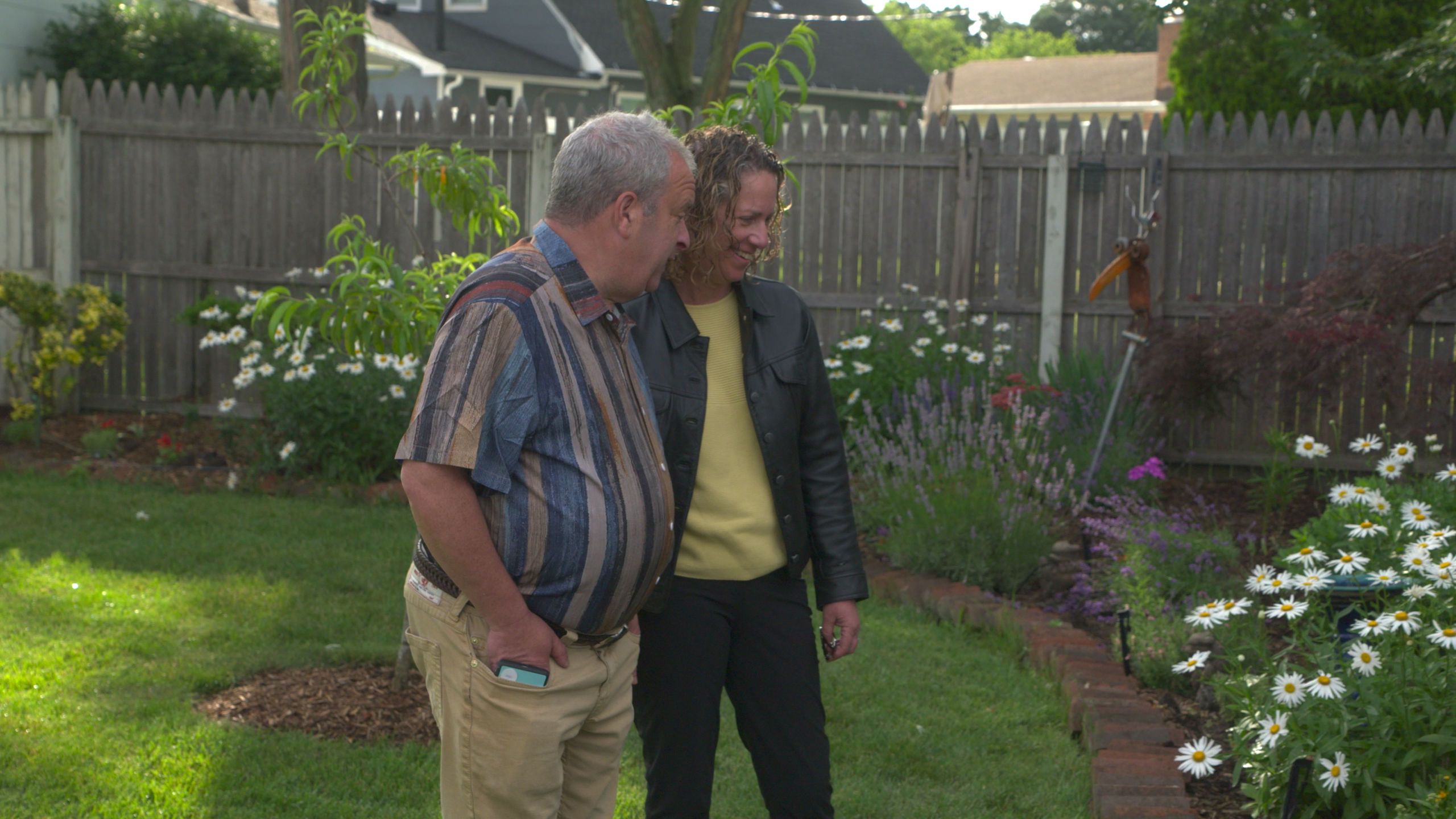 “We made improvements when we moved in 16 years ago, and we’re ready for a second round,” says Stuart, “With Sealed, we don’t have to pay any upfront costs on our heat pumps, and we only pay them if we save energy. We can finally focus on those other upgrades now.”

With Sealed's help, Keith Jackson's dream home became comfortable and accessible for him and his parents.